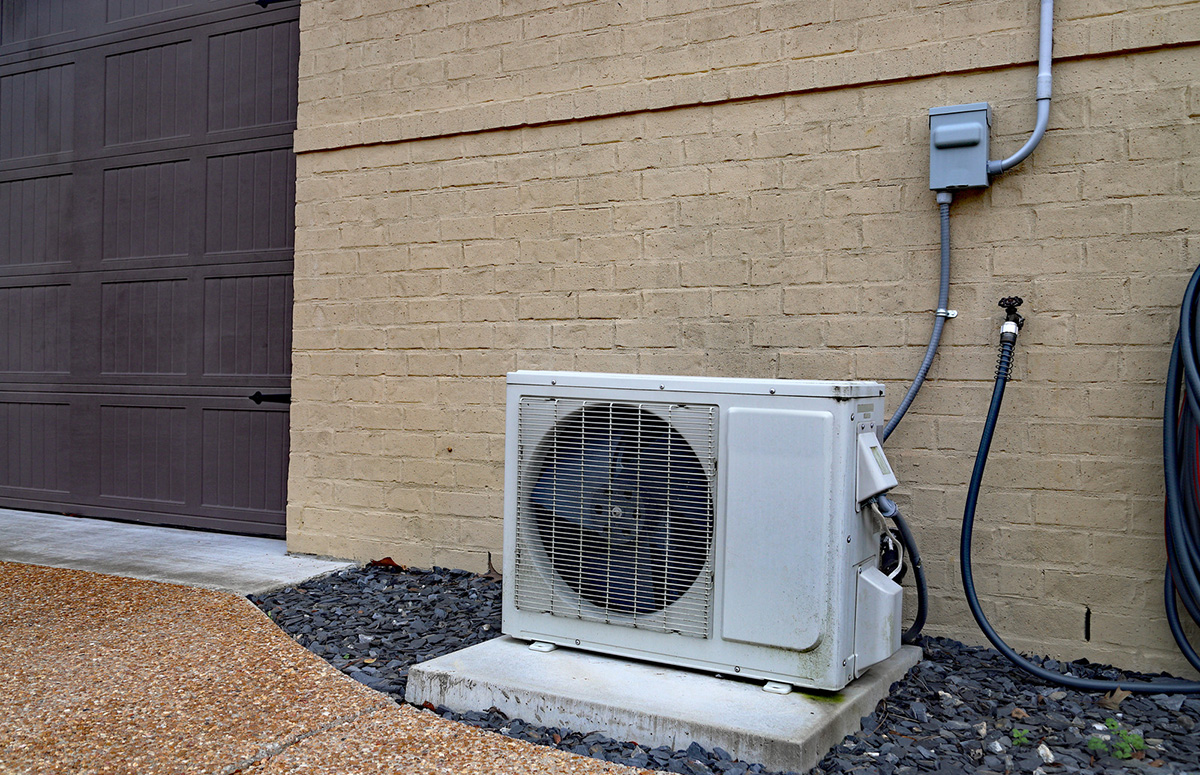 Weighing the pros and cons of ductless sytems

The Pros of a Ductless System
A ductless heat pump or air conditioner typically consists of a wall-mounted indoor unit combined with an outside compressor. It’s most often used in a situation where a window AC unit or baseboard heating would be considered, such as a new addition to a house. But unlike window units, ductless units require only a very small hole to be drilled into the wall, making them less vulnerable to air leakage and security problems.

They’re also exceedingly energy-efficient. “In the average house, you’re losing 25 percent or more of your energy to ductwork,” says James Bowman, National Technical Manager for RectorSeal and a 20+ year veteran of the HVAC industry.

The Cons of a Ductless System
There are three strikes against ductless for most homeowners: up-front cost, regular maintenance and aesthetics. For those in extremely cold climates, there’s a fourth consideration: you’ll likely need a fuel-based backup if you want ductless heat, although some newer models can handle the load even when temps fall below zero.

Obviously, the cost is an important factor when opting for a ductless system. However, like most investments, the important thing to remember is that they will save you money in the long run. Furthermore, the aesthetics are more due to the initial shock of change and most owners actually forget about the unit entirely.

Temperature Control Specialities offers single-zone and multi-zone ductless systems. Call us at (317) 247-7663 to speak to one of our representatives and learn more about these systems.