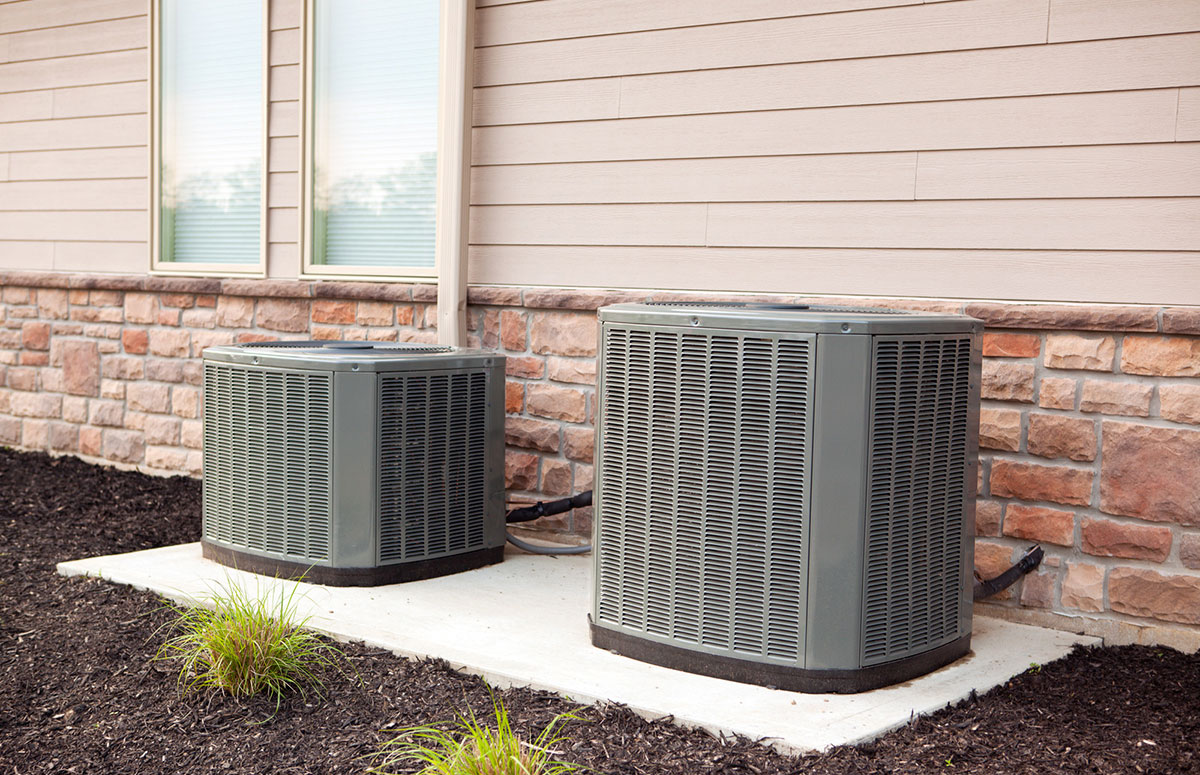 Why many air conditioners in the U.S. are inefficient

“Think of a typical home heating and cooling system — and what it sounds like. In the U.S., most window and central ACs create a constant level of noise when they are on because they use simple single-speed motors that are either on or off. This inevitably wastes energy as we dial the thermostat up and down while seesawing between temperatures.

In contrast, HVAC systems with inverters built into their design have the intelligence to gather real-time data on temperature and motor speed, which allows compressors and fans to adjust continuously and maintain a constant temperature. As a result, energy efficiency can be boosted by 25 percent or more, according to semiconductor manufacturer Infineon.

Improved efficiency is just one benefit of AC units with built-in inverters. Inverter ACs use microprocessors that allow for variable-speed operation, which generates dramatically less noise, reduces maintenance needs and extends the unit’s lifespan. The on-chip intelligence of inverterized platforms also enables a host of other applications, such as grid support through smart thermostats and healthy-building functions, such as air quality monitoring.”

Read more on this story here.

There is a standard called SEER (Seasonal energy efficiency ratio) which gauges the efficiency of various brands and types of air conditioners. The higher the number the more efficient that unit is. Typically a good rating is any number that is 14 or higher. So while variable speed is important you’ll want to keep a close eye on the SEER rating when shopping for a new HVAC system.

At Temperature Control Specialties we offer several air conditions from Trane with a SEER of up to 18. Call us at (317) 247-7663 to learn more or browse our cooling page for more information.